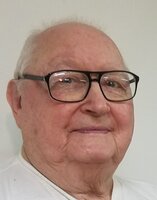 He was born in Philadelphia, Pa on December 16, 1936, the son of the late Stephen and Anna (Weglarz) Siry.

Edward has lived in West Conshohocken since 1980, formerly of Levittown, Pa and the Nicetown section of Philadelphia.

Edward served in the US Marine Corp during the Korean War.  He worked as a Lab Technician with Glaxo Smith Kline.

He was the husband of Late - Sally Ann (Eyerley) Siry

Along with his wife and parents he was preceded in death by a daughter Cathy McHenry.

Interment will be private in a National Cemetery.