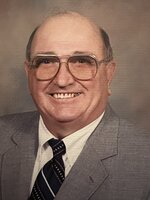 He was born in Norristown, PA on May 8, 1937, the son of the late Anthony F. and Mary Elizabeth (Pigeon) Szabara.

He lived in Norristown and Conshohocken before moving to Collegeville in 1985.  He was a faithful parishioner of St. Eleanor's RC Church.

Prior to his retirement, he worked as the Superintendent of Motor Vehicles for the Borough of Norristown.   He enjoyed sprint cars, NASCAR racing, as well as fishing, camping and traveling in his RV.  He loved the Philadelphia Eagles.

Along with his parents, he was preceded in death by his brother, Charles A. Szabara, and sister, Judith Ann Szabara.