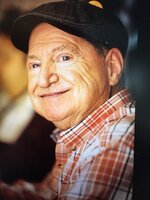 He was the devoted husband of Diane E. (Colanzi) Pettine, with whom he recently celebrated their 52nd wedding anniversary.

Born on February 25, 1950 in Norristown, PA, he was the son of the late Anthony Charles and Helen (Luther) Pettine.

Dave was raised in Ambler, PA, and lived in Conshohocken for over 50 years. He attended Wissahickon High School where he was a varsity athlete in football, basketball, and baseball.

He was a veteran of the U.S. Army during the Vietnam War, serving in Berlin, and earned the National Defense Service Medal and the Army Occupational Medal.

He enjoyed a 35-year career as a Lineman for the Philadelphia Electric Company. After his retirement from PECO/Exelon, he went to work with the National Board of Osteopathic Medical Examiners where he served as a proctor, control room operator, and jack-of-all trades.

Dave was also an avid gardener and birdwatcher and enjoyed playing golf and softball, listening to the oldies, and watching his favorite Philly sports teams. He enjoyed traveling, making yearly trips to the Jersey Shore, as well as frequent trips to Virginia and North Carolina to visit his children and grandchildren.

Most of all, he was an adored role model, father, and grandfather – never missing an important life or sporting event or an opportunity to lend a hand when needed. Dave was the fiercest supporter anyone could ask for and the most important lesson he taught – and one by which he lived his life – was to never stop fighting to be the best you could be.

Along with his parents, he was preceded in death by his brother, Philip Pettine.

Memorial Contributions may be made in his memory to: Myositis Association, 6850 Columbia Gateway Drive, Suite 370, Columbia, MD 21046, www.myositis.org.