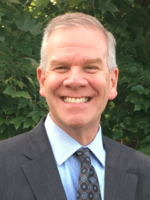 David R. Dempsey, age 58, of East Norriton, PA passed away peacefully in his home on Monday, May 23, 2022 after a courageous 15-month battle with pancreatic cancer.

David was born in Philadelphia, PA on June 3, 1963, the son of the late Richard and Shirley Dempsey.

David is survived by his wife of 32 years, Marya (DiTaddeo) Dempsey; his daughter, Megan Dempsey of East Norriton, PA; his two sisters, Carol (Robert) Schultz and Joanne (John) Dumke, both of Hatfield, PA; his brother Brian (Carolyn) Dempsey of Chatham, NJ; his mother-in-law Angela DiTaddeo of Wilmington, DE; his sister-in-law Elia (Christian) Trowbridge of Landenberg, PA; as well as many devoted nieces and nephews. In addition to his parents, David was preceded in death by his father-in-law, Taddeo DiTaddeo.

David was a 1981 graduate of Plymouth Whitemarsh High School. He completed a four-year apprenticeship to become a cabinetmaker. For the past 23 years David was Vice President of Operations for Visual Communications, Inc. David was a talented craftsman who took exceptional pride in his work. He built a full-size home entertainment center, remodeled his kitchen with custom-built cabinets, and constructed an addition on his home. He freely gave his expertise to anyone who needed help with a project.

Family meant everything to David. He looked forward to learning what was important in their lives and spending time together. His reassuring smile brightened any room and his quiet confidence was evident to friends and coworkers alike.

He loved baseball and basketball as a fan and an athlete. He enjoyed playing both for more than 30 years. Later in life he joined horseshoe and bocce leagues.

David was very involved in youth sports with his daughter Megan as her coach and a supporter of youth sports organizations. He was a CYO coach and President, ENGAA coach and Softball Director, and Vice President of St. Titus Athletic Club (STAC). As a lifelong Philadelphia sports fan, David enjoyed many games with his family and friends while growing up and spread that love to Megan, especially for his beloved Phillies. One of their most cherished times together was watching the Phillies win Game 4 of the 2008 World Series in person.

David’s family would like to thank Sara Abbo, CRNP, Dr. Charles Schneider, and the wonderful 2nd floor infusion nursing staff at Penn Medicine for their outstanding treatment and support of David.

Relatives and friends are invited to the visitation on Tuesday, May 31, 2022 from 6:00 PM to 8:00 PM at Moore, Snear & Ruggiero Funeral Home, 300 Fayette Street, Conshohocken, PA 19428. There will be no visitation on Wednesday morning. Please go directly to the church for Mass.