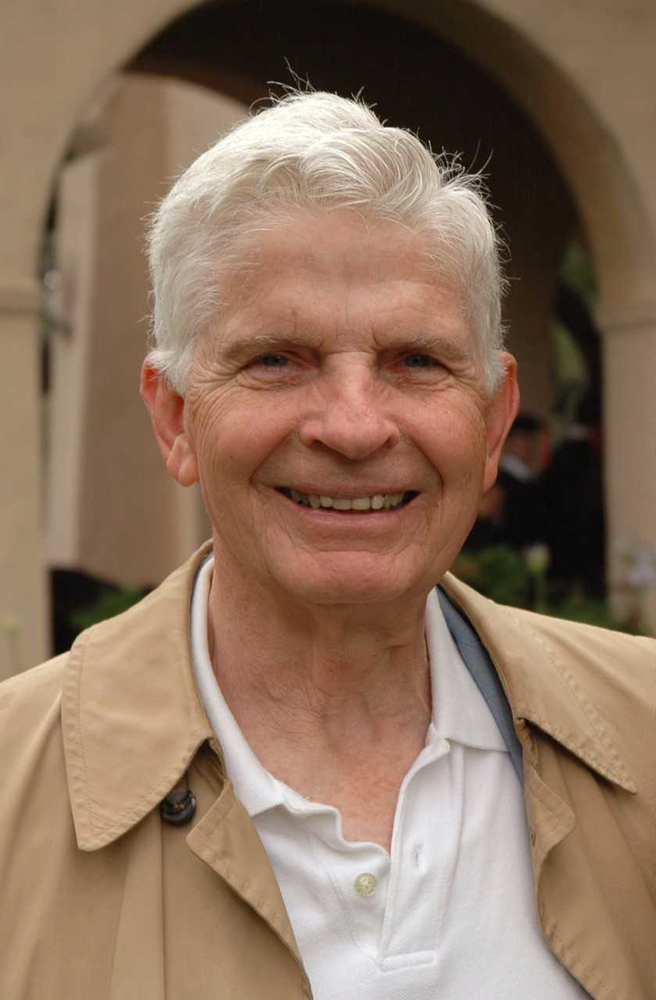 William Burt Nichols died at the Kendal community in Longwood on August 4, 2018.  He was 89 years old, and a Kendal resident for 20 years.

Bill was born in 1928 in New Haven, Connecticut, the son of Ralph W Nichols, a Yale and Johns Hopkins trained surgeon, and Florence Rowe Nichols. Bill enjoyed living down the street from the Yale Bowl and at age 15, he would catch a train into New York City to enjoy a day at the Metropolitan Opera House.

Bill earned his BS from MIT and a PhD from Caltech in Chemical Engineering.

At the Hercules Chemical Company he met the lady that would be his wife, Constance Haberkorn Nichols.  Their 64-year partnership raised a family and restored needy historic properties that Connie adopted.  The mansion at Cedarcroft, and the farm on Chandler Mill Road, are family favorites.

In the Korean War he created smoke clouds to camouflage the Army troops.

Although his use of a slide rule got him through graduate school, Bill quickly recognized the value of the computer in chemical research and worked on early credit card readers.  He was such a visionary that when the internet arrived, he declared that he couldn’t possibly see a need for him to use it.

Bill studied and played chess to become a state champion, was always ready for poker and played an intense game of bridge.

As a member of the Kennett High School Board, Bill was exceptionally proud of Kennett’s growth to become one of Pennsylvania’s better public schools.

Bill had a wonderful time at Kendal.  He was active in golf, poker, bridge, Sunday afternoon operas, and the intellectual atmosphere of the community.  The family is extremely grateful for the staff at Kendal and the exceptional level of care and compassion that they provided.  An informal reception will be held at Kendal on Sunday, Sept 2 from 2-5.  In lieu of flowers, please support your local school.

Share Your Memory of
William
Upload Your Memory View All Memories
Be the first to upload a memory!