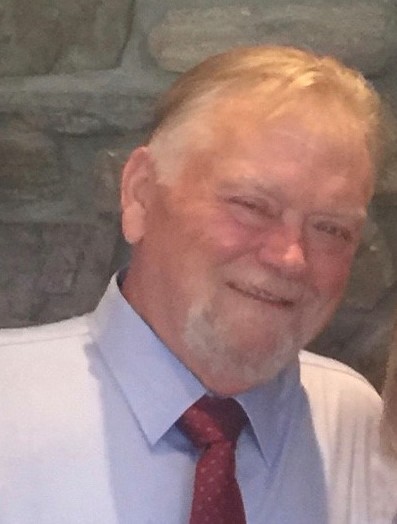 Frederick N. “Rick” Travaline, 66, passed away Sunday, September 29, 2019 at his home in Pottstown, PA with loving wife and faithful dog Ravi by his side.

Rick, as he was known to all, was born in Norristown, PA on February 2, 1953, the eldest son of the late Louis A. and Irene ( Steinmetz ) Travaline.

He grew up in Conshohocken, Pa. where he graduated from Plymouth-Whitemarsh High School.

After starting his career at a local cement company, Rick found his way to Verizon (Bell Telephone) in 1973. He began his Verizon tenure in transportation, before moving into operations. Unbeknownst to Rick, this move would allow him to meet his future wife. Although he did not boast about his career experience, he was the decision maker for new equipment installation across the Verizon network.

Along with meeting the love of his life, his job introduced him to many of his closest and dearest friends.

Rick was able to retire at 51 years old, and soon welcomed their boxer Ziti, who followed Sue and Rick wherever they went and became their best companion.

In the years following, Sue and Rick were able to travel the East Coast and Canada, often admiring the beautiful mountain views, watching wildlife, and seeing the changing foliage in the fall. He also loved (although he may not admit it) summers spent outback by his pool surrounded by his friends and family. He was a member of the Norristown Maenner-Chor Club.

Survivors include his loving and dedicated wife Suzanne M. Travaline of Pottstown, and her loving family who considered him one of their own, including Jacqueline and Sean Kane, Russell and Lisa Shaughnessy, Meghan Kane (Bill), Maggie Kane and  Michael (Emily) Gamble. As well as his sister Sandra Travaline-Lauman of Quakertown.

His Memorial Service will be held Friday, October 4, 2019 at 10:30 AM from Moore, Snear & Ruggiero Funeral Home, 300 Fayette Street, Conshohocken, PA.

Share Your Memory of
Frederick
Upload Your Memory View All Memories
Be the first to upload a memory!