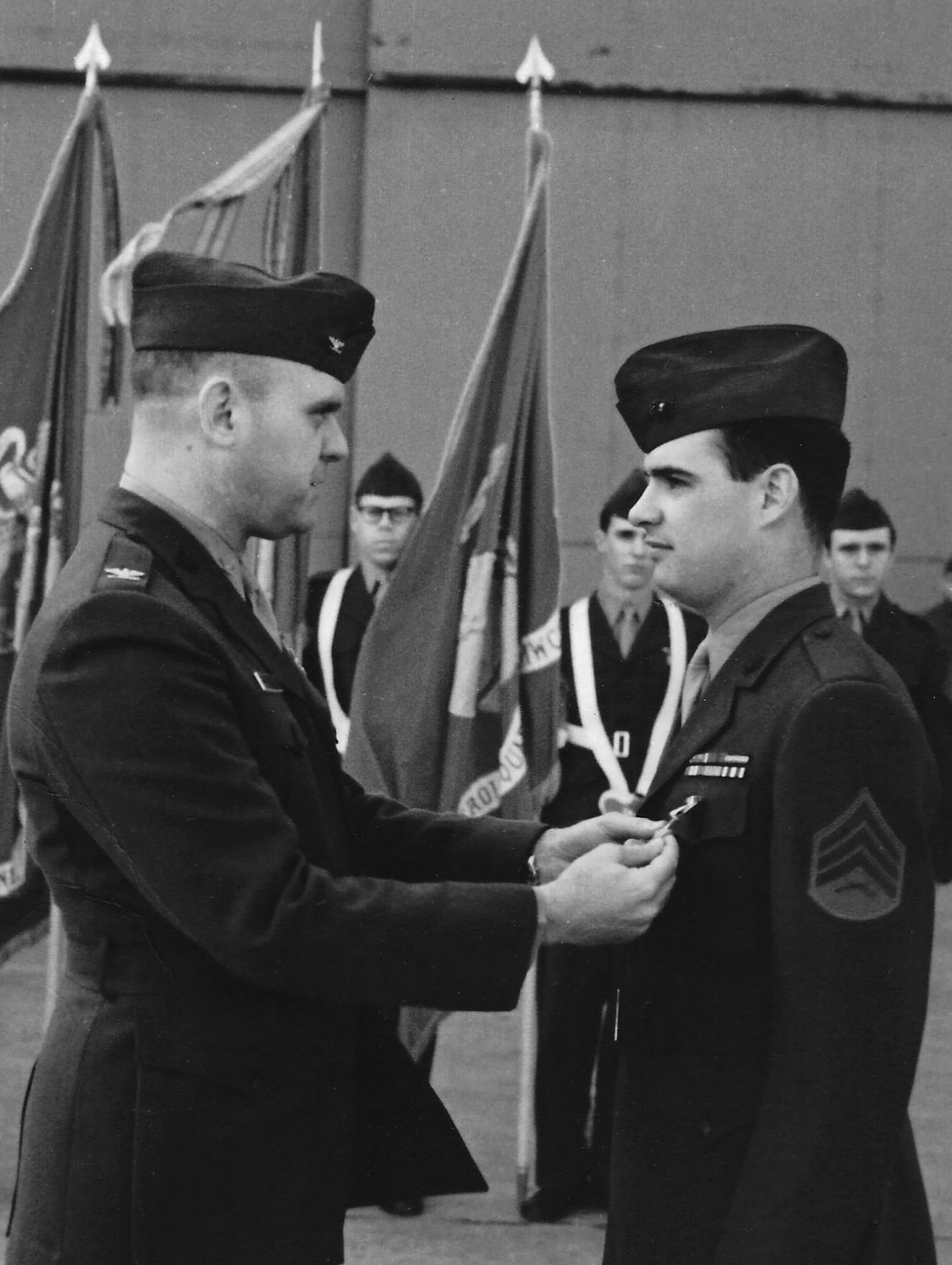 He was born in Marion, Ohio on September 16, 1945, the son of the late James Albert Dougherty and the late Catherine Marie (Reilly) Dougherty. He graduated from St. Matthew’s High School in Conshohocken PA in 1964 and enlisted in the Marine Corps in September of that year.

Jim had a colorful and action packed four years as a Marine during the Vietnam War. He served two tours in Vietnam, in 1966 and again in 1967 to 1968. First as a rifleman in 1966 until wounds sent him back to the Philadelphia Naval Hospital. Jim volunteered to return to Vietnam in 1967, this time as a Platoon Sergeant with the Fifth Marine Regiment, First Marine Division. Jim fought in some of the most ferocious fighting during the Vietnam War. During Operation Swift in September 1967 Jim’s battalion (1/5, First of the Fifth) fought the  NVA (North Vietnamese Army) in a bitter battle in the Que Son Valley. During this fighting Jim and his surviving Marines endured continuous close quarter, hand to hand combat. During that fighting, and that leading up to February 1968, Jim was wounded two more times. In January and February 1968 Jim’s unit again was heavily engaged with the North Vietnamese Army. Cut off from his unit, Jim and four of his men were able to evade the NVA and escape by commandeering a Vietnamese fishing boat and sailing it into the South China Sea where they were picked up by the US Navy.  MIA (Missing in Action) Sergeant Dougherty (Doc) surprised his company when he and his men returned to tell their story of escape and evasion. A few days later in action outside Hue City (during the TET Offensive) Jim was severely wounded (his 4th Purple Heart) by an NVA RPG (rocket propelled grenade) that nearly severed his leg. This life threatening wound returned Jim to the Bethesda Naval Hospital where he endured numerous operations to save his leg. He was eventually medically retired from the Marine Corps. In addition to his four Purple Hearts, Jim was a Silver Star recipient for heroism in combat. Jim never forgot the men he served with in Vietnam and as President of the 1/5 Vietnam Veterans Association actively supported efforts to memorialize and support all veterans from all wars. Jim Dougherty was a Marine’s Marine.

In lieu of flowers, memorial contributions may be made in his name to the Marine Corps Scholarship Foundation, 909 N. Washington Street, Alexandria, VA 22314.

Share Your Memory of
James
Upload Your Memory View All Memories
Be the first to upload a memory!