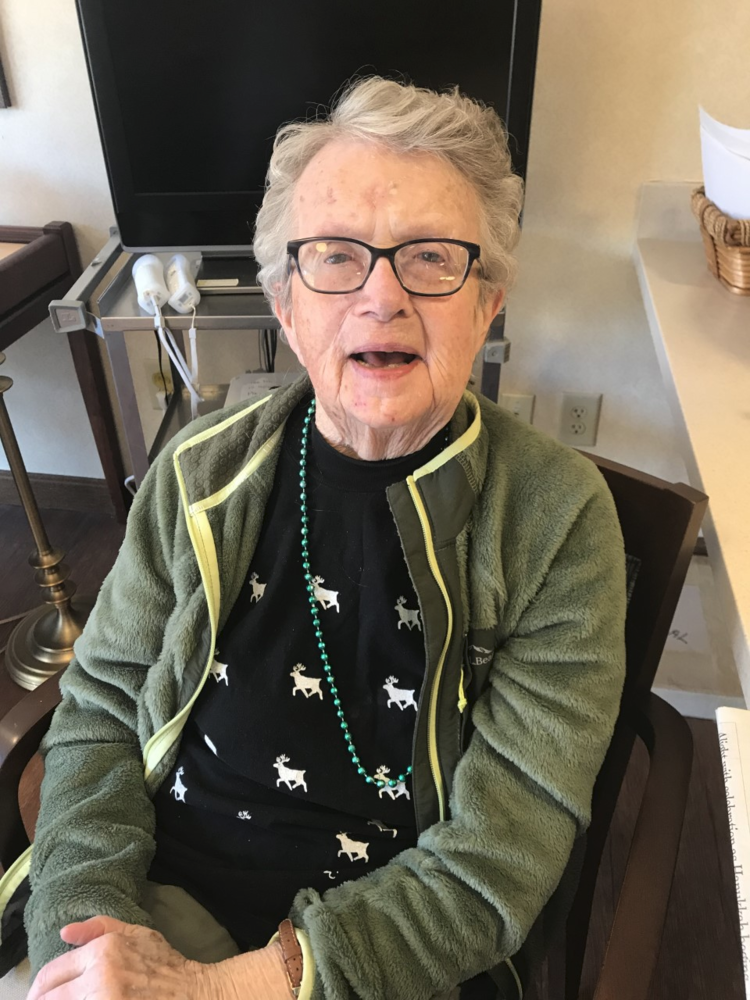 Sally Huggins Griffith died peacefully, surrounded by family, on Friday, April 30th at Kendal at Longwood in Kennett Square, PA where she lived since 1997.  Sally was born on January 29, 1930 in Buffalo, NY to Frank Huggins and Celia Hill Huggins. From her father she inherited her sense of humor and humanity and from her mother, her “can do” attitude. When she was a young girl the family moved to Williamsville, NY.

In 1950 Sally graduated from Wellesley College at the age of 19 with a degree in American History and immediately set off for New York City where she landed her first job at the New Yorker in the typing pool. Her love of books, literature and the written word was furthered by the giants that she encountered there like E.B.White and James Thurber. While in New York City she reconnected with Williamsville native, James (Jim) Griffith.  They married in 1952.

Returning to their hometown, Sally and Jim purchased an old stone farmhouse which they restored with their own hands and had four children together: Thomas, Davis (Aarjan Vink), Susan, and Sarah (Geert Jan Colijn).

In 1967 the family moved to southern New Jersey. Sally completed her Masters Degree in English and in 1969 started working at Atlantic Community College (now ACCC) teaching English Composition. For 27 years she taught thousands of students the art of writing and a love of reading.

Sally lost her husband, Jim in 1985. Upon her retirement from ACCC, she decided to move to Kendal where she could retain her independence as long as possible. She lived there for 24 years, contributing to the rich culture as editor of the Reporter, co-chair of the documentary committee, and member of the food committee.

Sally’s friends, of which there always seemed to be so many, loved her warmth. She hosted lively dinner parties full of home cooked food and red wine. When she visited, she never arrived empty handed, bringing flowers from her garden, a “must read” book, or a recipe to share (though she never divulged the secret to her ultimate brownies).

To her family, she was “Mumpy”. By 1987 she had three grandchildren, who she enjoyed with all her might. In her last years, the visits, photos, and pandemic-made zoom calls with her two great-grandchildren brought undeniable twinkle to her eye.

Sally will be remembered for the way she seized what she had, and then made the life she wanted. She was a curious and thoughtful intellect, and an amazing conversationalist. She was a world traveler. And while happy jetting off, she was just as content at home, swimming in the Egg Harbor River with her otter friends.

Her family will gather to remember her at a celebration of her life this summer. In the meantime, they are comforted by her presence when they open a good book, take an ocean swim, or make a particularly good meal.

Share Your Memory of
Sally
Upload Your Memory View All Memories
Be the first to upload a memory!