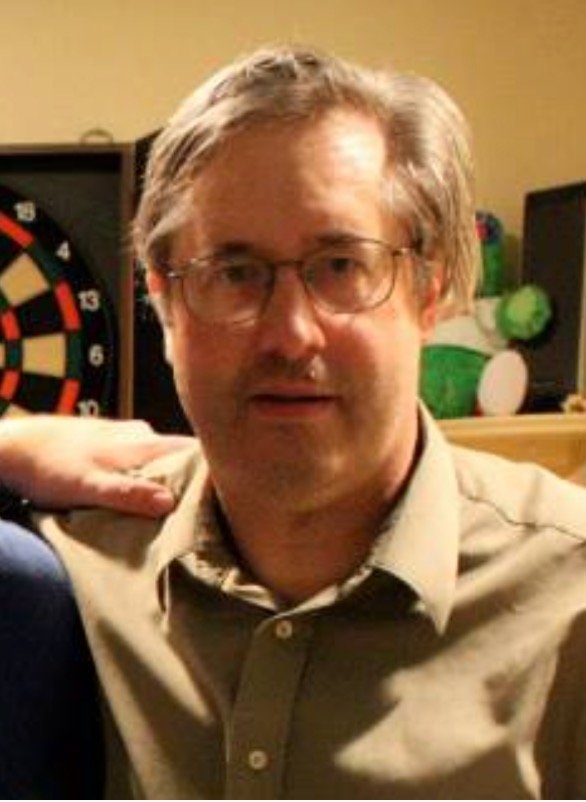 John Russell Medkeff, age 67, of Wayne, PA passed away at Paoli Hospital on Tuesday, May 11, 2021 after a short struggle with Covid-19.

He was born in Chicago, IL on December 26, 1953, the son of the late Russell James and Ellen (Raw) Medkeff.

John was a lifelong resident of the Strafford, Devon, and Wayne areas.  Growing up he was active in scouting and achieved the rank of Eagle Scout.  John earned his B.A. in History and Economics from the University of Wisconsin-Madison and his M.A. in History from Villanova University.  Early in his career, John owned and operated several businesses including the lunch counter at the Lancaster County Farmer’s Market in Wayne and Wayne Diet Specialties, a natural foods store. Later he worked for many years as a Sales Associate for Wawa.

John was known for his remarkable mind, good natured disposition, and the connections he made with customers and friends. He had a love of history and was everyone’s go-to person when the facts were in doubt. In the words of friends, “John had the gift of living the history he studied, not because he was there but because it mattered to him, and he kept it alive by sharing his vision. He was one of those people who didn't need to speak to be heard. In the years before Google, having an arbiter of infinite knowledge was a real gift. John was an avid reader, and there wasn't a history book he hadn't read, absorbed, and remembered in great detail.” John was a passionate player of tabletop role-playing games, which he participated in since their origins in the mid-1970s. He had a large network of gaming friends, including his weekly Saturday night crew, and enjoyed “campaigns” which could last for years.

In addition to his parents, John was preceded in death by his sister, Julie Rebecca.  He is survived by his sister, Deborah Julie Medkeff, and her husband David Considine, as well as two nieces, Marisa and Jana Considine.

A Remembrance Open House for John will be held at the Duportail House (297 Adams Drive Chesterbrook, PA 19087) on Tuesday, July 13, 2021 from 5-9pm. The doors will open at 5 with a sharing of memories of John at 5:30, followed by a buffet and time for visiting. Please join us for all or just part of the remembrance, coming at any time during the evening.  The family would appreciate you leaving memories of John on his "tribute wall" here at his online obituary.  They will read the memories aloud at John's Service of Remembrance.

Contributions in John's memory may be made to: Doctors Without Borders for their Covid-19 response worldwide. https://www.doctorswithoutborders.org/covid19.

Share Your Memory of
John
Upload Your Memory View All Memories
Be the first to upload a memory!