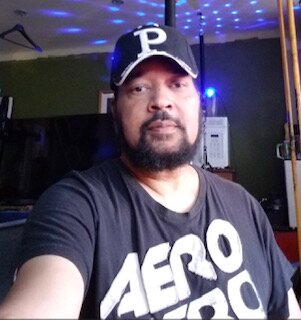 He was born in Norfolk, VA on August 19, 1960.  David lived most of his life in Southwest Philadelphia. He was of the Christian Faith.  He honorably served in the U.S. Marine Corps.  David worked as a Train Conductor for Septa Regional Rail.  He enjoyed building and working on bikes, as well as computers, tv's and electric scooters.

David was the adopted son of the late Ertis and Louise (Butler) Brown.

David had three kids with his first love and former spouse Lisa Brown-Williams and two children with his former love and friend Darlene Chandler.

He is survived by his biological mother, Mary Hines;

six grandchildren, Airyanna, Gabriell, Roman, Joye, Aviana, and Ariana; as well as a host of nieces and nephews.

Along with his adopted parents, David was preceded in death by his biological father, Morris Strickland; and brother, Thomas Day.

Relatives and friends are invited to attend his Committal Service with Military Honors on Friday, September 24, 2021 at 9:30 AM in Washington Crossing National Cemetery, 830 Highland Road, Newtown, PA 18940.  Please arrive at the cemetery by 9:15 AM.

Share Your Memory of
David
Upload Your Memory View All Memories
Be the first to upload a memory!
Share A Memory