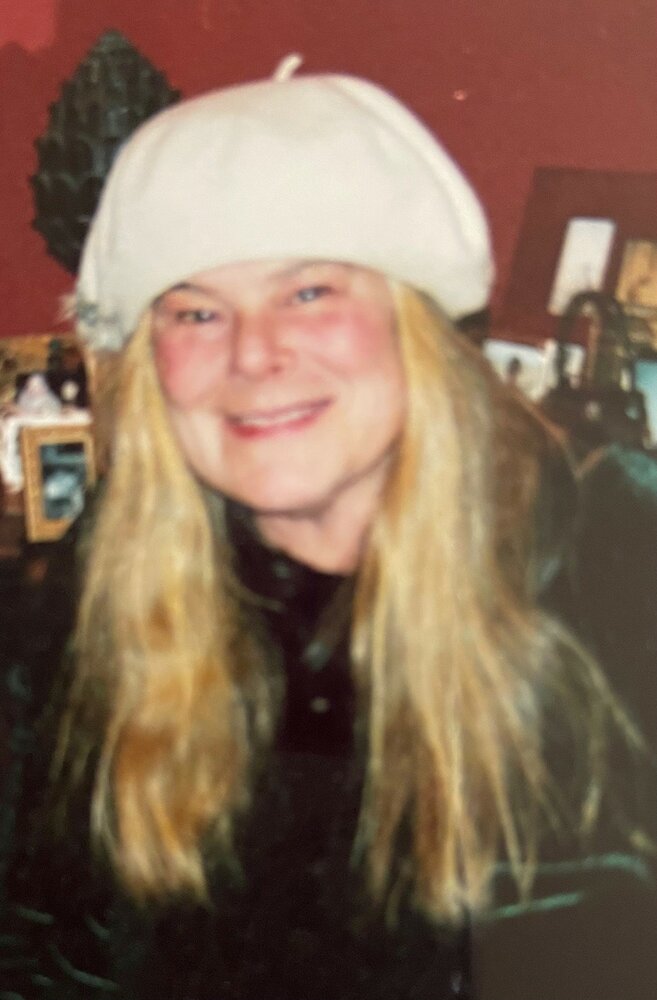 Peggy was born in Philadelphia, Pennsylvania on June 23, 1952, she is the daughter of the late Anthony Miles and the late Helen Marie (Sykes) Swartz. Peggy had been living in Skippack Village, formerly of South Philadelphia and Blue Bell, Pennsylvania.  She grew up in Blue Bell and attended Epiphany of our Lord grade school and graduated from Wissahickon High School. Post high school Peggy attended Kent State University on an Art scholarship, she also attended Tyler School of Art as well as the Philadelphia Academy of Fine Arts. She worked teaching art to adults and children and one of her most favorite jobs was working at the Philadelphia Museum of Art, where she could tell you every detail about every piece of art that was shown in the museum as well as where it was located.

“Pegalina” a name given to Peggy from her father as a little girl, meaning in Spanish, “My Little Peggy”, was her pen name. She was a Talented Artist, Sculptor, Poet, Musician and song writer. She loved Monet and Van Gogh and many of her beautiful watercolors and oil paintings looked similar to their work.  She has performed and showed her artwork and sculptures in many galleries throughout Philadelphia and the suburbs including the Woodmere Art Gallery in Chestnut Hill.

Following Mass all are welcome to celebrate Pegalina’s life from 1:30 to 4:00 PM for an open-house Art Show luncheon of Pegalina’s paintings, writings and sculptures at the Greater Norristown Art League located at 800 West Germantown Pike, East Norriton, PA 19403.

Memorial Contributions may be made in memory of “Pegalina” to: the Children’s Art Program at The Greater Norristown Art League, 800 West Germantown Pike, East Norriton, PA 19403.

Share Your Memory of
Margaret
Upload Your Memory View All Memories
Be the first to upload a memory!