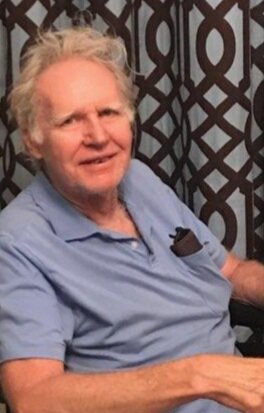 Dr John Henry Durnin passed away on Thursday, December 9th, 2021. Professor of Education at Villanova University for 45 years (1972-2017), John completed his Ph.D. at the University of Pennsylvania in 1971 and worked passionately in the field of Education, promoting the improvement of math education and teacher training in Pennsylvania.

John was born in Salem, Oregon, on July 9th 1937. His father, the late Peter Paul Durnin, was an immigrant from Ireland. His mother, the late Mary (Sims) Durnin, was born on a homestead in Arkansas. He claimed to have been raised by the family dog, Belle, a golden retriever.

John was in the US Navy from 1956-1958, serving in Alaska and the Pacific. Determined to go to university after his service, John married Mary (Sullivan) Prolo during his graduate studies. Over the course of his research and work as a teacher, they lived in Utah, Pennsylvania, and California with their daughters Maureen, Theresa, and Jennifer.

In the 1980s, John married Teresa (DeSeve) Durnin, with whom he had two children; John and Nathan. During this time he was active in Catholic volunteering societies, and also took up marathon running and theatre.

John was known for his sharp wit and humour, and beloved for his easy and warm nature.

John was preceded in death by three brothers, Thomas, Patrick, and James Durnin.

Relatives and friends are invited to the viewing on Wednesday morning from 10:00 AM to 10:45 AM at the Church.

The Mass will be streamed for those who cannot attend in person.  Please click HERE to be connected to the stream.