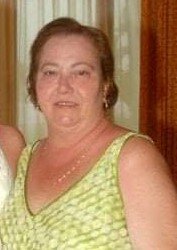 Obituary of Linda A. Koch

She is predeceased by her parents George and Lois Virtue.

Linda graduated from Atlantic City HS in 1977. After high school, Linda attended Atlantic Community College. She went on to work for Trump Plaza for many years as well as the Tropicana. After leaving the casino industry, Linda relocated to Florida for a few years before moving to Memphis, TN to be closer to her grandchildren. In the summer of 2021, Linda moved with her daughter and her family to Collegeville, PA where she resided until her passing.

A memorial service is being planned for the spring.

Share Your Memory of
Linda
Upload Your Memory View All Memories
Be the first to upload a memory!
Share A Memory