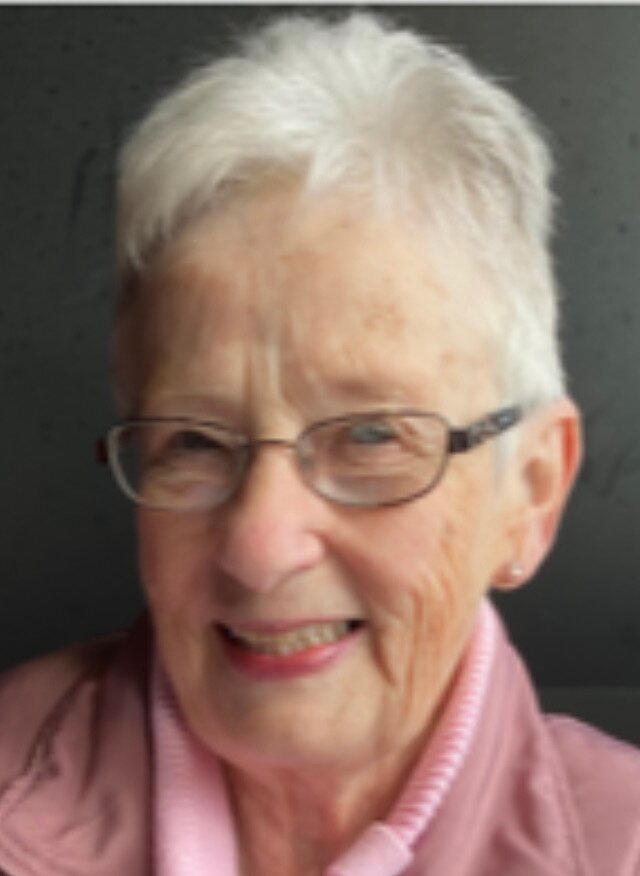 Please click here to view the live stream of the Funeral Mass.

She was born on April 28, 1939, the daughter of the late Bernard Mulhern and the late Helen "Nellie" (Kane) Mulhern.

Marge has been living in Collegeville since 2016, formerly of Orwigsburg, PA, Amityville, NY, and Wilkes Barre, PA, where she was born and raised.  She was a parishioner of St. Eleanor RC Church of Collegeville.

Marge worked as a Registered Nurse at several hospitals including the former Good Samaritan Hospital in Pottsville, PA.  She enjoyed crocheting and sewing as well as trips to yard sales and craft shows.  Marge also enjoyed planting flowers in her garden and fishing with her late husband Jim.

She is survived by two daughters, Marie (the late Robert) Niedzwiecki of Red Hill, PA and Gretchen (& Spence) Walters of Leland, MI;

as well as many nieces and nephews.

Along with her husband and parents, Marge was preceded in death by one brother, Francis Mulhern, and three sisters, Dorothy Miller, Mary Bidwick, and Jeanie Bernard.

Relatives and friends are invited to the visitation on Friday morning from 10:00 AM to 10:20 AM at the Church.

In lieu of flowers, memorial contributions may be made to the American Cancer Society, P.O. Box 22478, Oklahoma City, OK 73123.