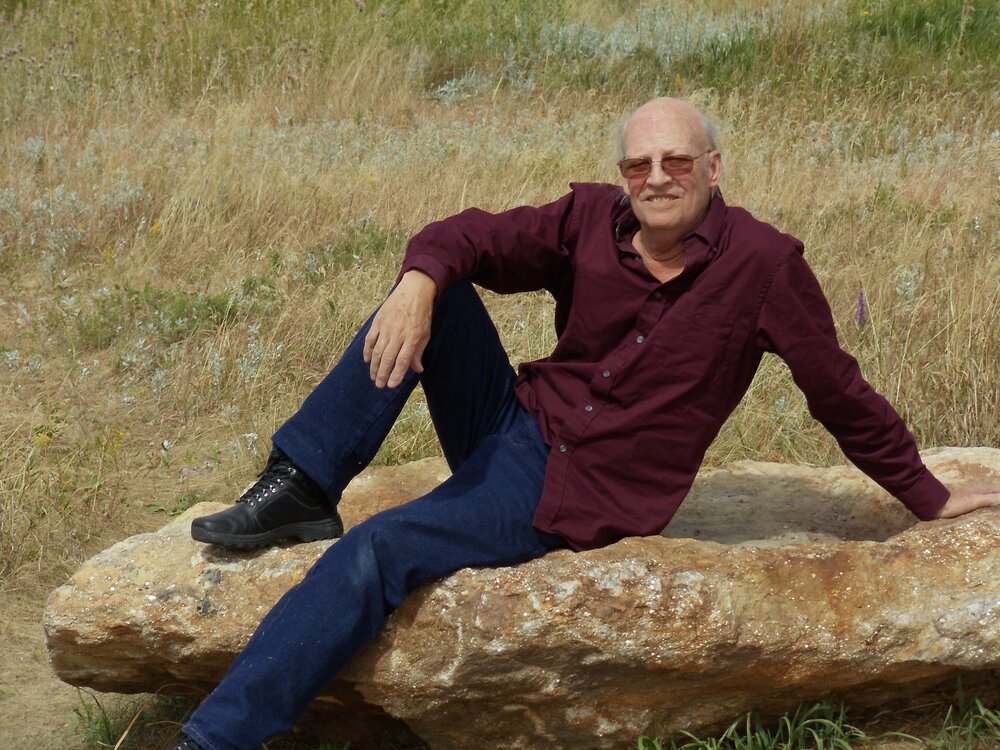 This is the heavily abridged story of Lloyd Walker. Some of the tales related herein may be on the tall side, but this is how Lloyd told it, so now they’re gospel truth.

Lloyd was born in Texas City, Texas on August 11, 1943. His father was a Merchant Marine in WWII and later worked in a local oil refinery. His mother was a homemaker. Lloyd spent his life making things — starting with building target rifles with his dad from a young age. As a teenager all Lloyd wanted was a motorcycle, something his mother was disinclined to allow. So he got a hold of a motor scooter (hardly the same thing, but you work with what you’ve got), and proceeded to turn it into a rocket ship on two wheels. The bike probably would have been safer.

From there Lloyd started wrenching on cars, setting the national record in the quarter mile before computers came along and “messed the racing game up”. He graduated Dickinson High School, and shortly thereafter was drafted to serve in Vietnam.

Lloyd cheated death in Vietnam more times than he could count. He was narrowly missed by a sniper, and was the sole survivor not once, but twice when personnel carriers he was aboard were attacked. “It just wasn’t my time,” he’d say when he told the stories. Once, as he tells it, he was walking point with his unit looking for trip wires, turned around to tell his unit the path was clear, and saw directly behind him on the path a wire that was stretched across the path a full foot off the ground. There was no way he should have missed that wire. He didn’t see how it was possible. Again, the only explanation, “It just wasn’t my time.”

After being decorated with a Bronze Star and a Purple Heart for his service, Lloyd returned to Texas and began work as a pipe fitter for the oil refineries near home. That work brought him into instrumentation, making sure systems worked in concert for facilities like refineries and power plants. It took him all over the country, sometimes even the world. There are countless adventures (and misadventures) to be found between the lines here, but the greatest adventure of Lloyd’s life is one Felicia Henry Walker.

They met in September of 1978. Felicia didn’t want to date Lloyd, but he didn’t ask for a date — he offered her a ride on his motorcycle. She hopped on the back of his bike one Sunday morning, expecting a short ride. Fourteen hours later he brought her home, and they’ve been inseparable ever since.

They married on April 28th, 1979. They rode all over the country together, sometimes for work, sometimes just for fun. Lloyd and Felicia crisscrossed the map, following Lloyd’s work, until finally settling down in Pennsylvania after Lloyd was brought to the area to work at the Limerick plant.

After developing a passion for high-end audio as a hobby, and a friendship with Bob Dilger, a legendary air-bearing turntable pioneer, to whom Lloyd regularly pitched design ideas for improving Bob's Maplenoll Turntables, Lloyd eventually decided he could build the best turntable in the world. Not just a good ‘table. The best in the world. No plan, no business model, just a dream. So he and his partner Fred Law went into his garage and got to work. And over the next 26 years, that turntable became the Walker Audio Proscenium Black Diamond Mk VI Master Reference — regarded by many in the industry as exactly what Lloyd set out to build — the greatest turntable the world has ever seen.

The audio industry brought Lloyd friends and fans from all over the globe, countless stories, and immeasurable joy. He loved his work, he loved his wife, he loved Jesus (a relationship that only started after Felicia prayed for him for 25 years). He always had a glint in his eye, a smile on his face and a story to tell. Lloyd was always rough around the edges, and unapologetically himself. And those who loved him wouldn’t have had it any other way. His authenticity was infectious, and he will be missed.

In 2010, after beating throat cancer, the words remained the same, “It just wasn’t my time.” But by then he knew Jesus. And the words he heard from Him were, “It’s not your time. Don’t worry. I’ve got you.” We lost Lloyd on March 15, 2022 after a battle with leukemia and a blocked carotid artery. He went peacefully, with Felicia by his side. And while we are so very sad that he is gone, it was, finally, his time. As he goes to the arms of his Savior, one thing has not changed. “Don’t worry. I’ve got you.”

Thousands of stories, most of them at least a little true. Countless adventures — enough for ten lifetimes. And this much is certain: Lloyd Walker lived life well, and we will miss him. Rest well, Lloyd. See you soon.

In lieu of flowers, condolence cards with your thoughts and remembrances of Lloyd would be appreciated. Please send to Felicia Walker, c/o Walker Audio at 1139 Thrush Lane, Audubon, PA 19403.

4:00 to 5:00 PM Visitation as we share photos, stories and great memories.

5:00 to 7:00 PM Remembrance Program followed by Hospitality with food and more special memories.

Share Your Memory of
Lloyd
Upload Your Memory View All Memories
Be the first to upload a memory!
Share A Memory