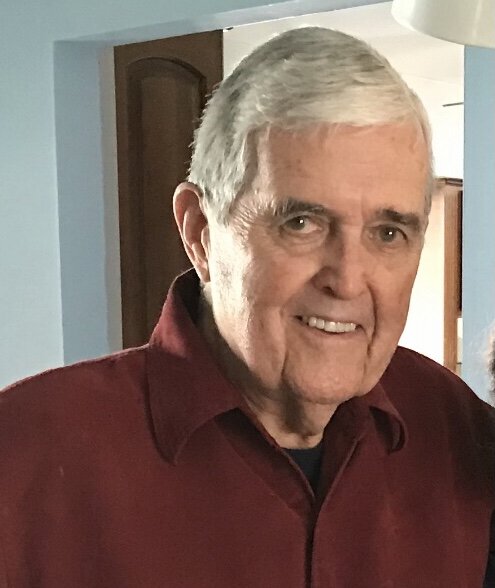 He was born November 05, 1936 in Philadelphia, son of the late Bernard “Barney” McDevitt and Katherine “O’Conner” McDevitt who immigrated from County Donegal, Ireland.

He enrolled at Holy Cross Parish in Mount Airy, Philadelphia where he was an Altar Boy and sang in the Choir.  He attended St John High School and graduated Villanova University in 1958 as an Electrical Engineer.

He was the husband of the late Deborah Eugenia Field McDevitt and resided in Plymouth Meeting since 1964.  They were active in the Epiphany of Our Lord Parrish

He worked Burroughs Corporation and Univac with several patents to his name. After retiring he worked as an Engineering Consultant.

He is survived by his children, Brian, Kevin and Amy, his Grandchildren Ryan, Shane and Trinity Grace, and his sister Rosemarie Schaublin of Lima, Ohio.

He is remembered for his love of God and being a Devout Catholic.  He enjoyed winters in Florida.  He was an all-around handyman, Golfer, Bowler, Fan of Philadelphia Sports Teams: Eagles, Phillies, Flyers, Sixers, Union.

Memorial Contributions May be made in his memory to: Epiphany of Our Lord Church, 3050 Walton Road, Plymouth Meeting, Pa 19462.

He will be sadly missed by all those who knew him.

Share Your Memory of
Bernard
Upload Your Memory View All Memories
Be the first to upload a memory!
Share A Memory