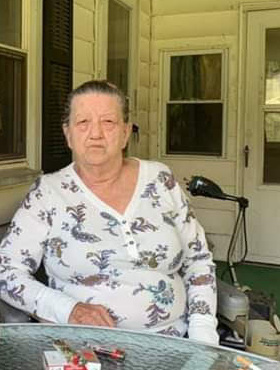 She was born in North Wales, PA on February 21, 1944, the daughter of the late Harry and Elizabeth (Barr) Crockett.

Betty has been living in Barto for 5 years, formerly of Pughtown, PA.  She was a member of Mount Carmel Baptist Church of Elverson and had been worshipping online with Branch Life Church of Spring City.  Betty was an avid bingo player and attended Friday night bingo every week at the Sassamansville Fire Company.

She is survived by her devoted husband of 59 years, Ralph F. Todd of Barto, PA;

and two great grandsons, Jaccob A. Crockett and Egan Frey.

Along with her parents, Betty was preceded in death by three sons, Ralph Todd, Jr., Anthony Todd, and Baby Howard Crockett; as well as two sisters, Inez Ciotti and Alice Bateman; and brother, David Crockett.

Services and interment are private.

Share Your Memory of
Elizabeth
Upload Your Memory View All Memories
Be the first to upload a memory!
Share A Memory