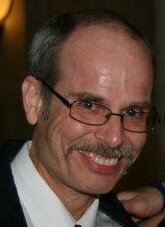 He attended Archbishop John Carroll High School and was a graduate of Upper Merion High School, class of 1974.  He worked at Korvette's while in high school and later worked at American Inks until 2006.  He then worked for Penn Color until his recent retirement.

He enjoyed music, especially the Beatles and was a car enthusiast, especially Ford Mustangs.  He also enjoyed golfing and crossword puzzles.

Along with his father he was preceded in death by his sister, Karen Ann Kelly-Johnson.

Relatives and friends are invited to the visitation on Friday morning from 9:30 to 11:00 AM at the Funeral Home.

Share Your Memory of
Gerald
Upload Your Memory View All Memories
Be the first to upload a memory!
Share A Memory