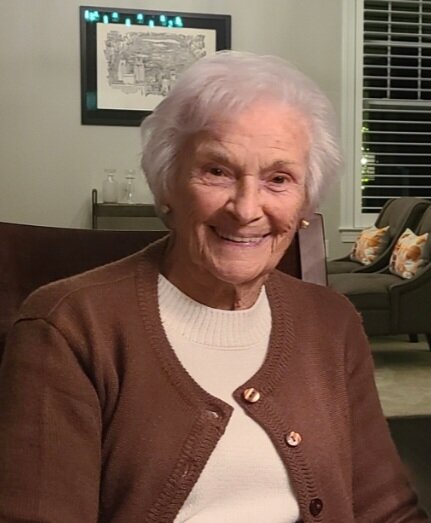 ENGEL, CATHERINE (nee Douglass):  Catherine Engel, of Collegeville and formerly Blue Bell and Philadelphia, died peacefully at home on October 28, 2022.  Born December 2, 1927 she is survived by her children Robert F Engel, Jr. (Aileen) and Catherine E Menendez (nee Engel) (Michael); grandchildren Christopher Engel, Cole Brenner and Kaden Menendez; and numerous nieces and nephews.  She was preceded in death by her husband of 51 years, Robert F Engel Sr.; her parents Samuel and Olga Douglass (nee Frank); and each of her eight brothers, two sisters and their spouses.

Prior to, and in between, raising her children, she held positions at the former Smith Klein & French, along with many of her siblings, and the Institute for Scientific Information; both in Philadelphia.  Before retiring in 2000 she worked for Montgomery County for 21 years, most recently serving as the First Deputy Clerk of Courts.  She enjoyed music, movies and games – specifically pinochle, often proving victorious against those who dared to play against her.

At her request, a private service with her children and grandchildren will be held.  A firm believer that “life is meant for the living”, it would be her wish that all who knew and loved her take a moment to enjoy themselves in her memory.

Share Your Memory of
Catherine
Upload Your Memory View All Memories
Be the first to upload a memory!
Share A Memory