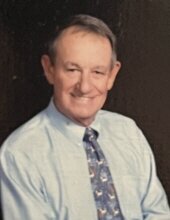 Robert M. Conway died quietly in his home in Tempe, AZ, on November 1, 2022 after a long and courageous struggle against debilitating illness. Rob (or Bob, as his family called him) was born in Darby, PA, on June 26, 1948 to Thomas and Mae Hughes Conway, and was raised in an extended, spirited family that enjoyed legendary summers at “3419” in Ocean City, NJ. Rob was an exemplary Christian, a devoted husband and father, a loving son and thoughtful brother, a conscientious and creative teacher, and a true friend to all who knew him.

Rob grew up in Drexel Hill, PA, attended Saint Dorothy’s Grammar School and graduated from Saint Joseph’s Preparatory High School in Philadelphia in 1966, where he was not only recognized for participation in competitive track, but especially for his talent as a dramatist, particularly for his memorable performance as Saint Thomas More in “A Man for All Seasons.” Diligent and hardworking, as a teenager Rob attained the rank of Eagle Scout and was awarded a Rotary Scholarship for International Study, spending his junior year abroad in Australia, eagerly participating in Outward Bound and demonstrating leadership, perseverance, and a talent for warmth and honesty.

A young man profoundly influenced by his Jesuit teachers, Rob was committed to intellectual and personal integrity, authentic spirituality and religious commitment. He attended the College of the Holy Cross in Massachusetts, returned to Philadelphia and graduated cum laude from Temple University with a B.A. in English, later earning his M.A.T. in English Education from Temple and an M.A. in Religious Studies from Saint Charles Borromeo Seminary. He also developed his talents as an actor by taking classes at the Hedge Row School of Drama in Media, but chose not to pursue a professional career in theater. A devout Catholic, Rob grew in his faith as a member of the Alpha Omega Prayer Community at Villanova University, where he met his wife Kathleen, and the Ephphatha Faith Community in Springfield. His spiritual life was greatly enriched by his sojourn at Mount Saviour Monastery in Elmira, NY, where he discerned his call to serve God as a husband and father and spend his life teaching high school.

Rob found fulfillment in education and lay ministry, working in public schools in the Philadelphia suburbs, and teaching English and Religion at Cardinal O’Hara High School in Springfield, PA. Upon moving to Albany, NY, Rob served as a parish Director of Religious Education and volunteered as a catechist. He taught Religion and coordinated the Campus Ministry at the Doane Stuart School in Albany, was a member of the Peace and Justice Commission for the Diocese of Albany, and greatly enjoyed exploring the historical sites and natural beauty of upstate NY and the Capital District. An avid traveler, in 1992 he visited Arizona and fell in love with the landscape and cultures of the American Southwest, and found his niche at Xavier College Preparatory in Phoenix, where he worked for twenty years teaching English and moderating various student centered activities, helping students think critically by delving into textual analysis and writing carefully crafted essays. He loved accompanying student volunteers to Saint Peter’s Indian School and Saint Vincent de Paul’s dining room, joined in countless laughs with fellow teachers and friends on the staff, and won the respect and affection of students for his careful teaching, kindness, and good humor.

Married to Kathleen (McNamara) for 48 years, he raised three sons, Robert, Christopher, and Owen, and found joy in family life, especially when his two granddaughters, Madonna and Noel (Parker) arrived. He loved hiking the desert, especially South Mountain and the Superstition wilderness, and camped at various state and national parks all over the southwest. He hiked the Grand Canyon four times, and wore out his boots during his first years in Arizona, accompanied by his beloved dog, Dylan. He took keen interest in the progress of his sons’ careers in film and theater, and performed bit parts in their student and professional productions. He showed respect and regard for everyone, often stopping to chat with unhoused people, and offering a meal, some money for carfare, or a word of encouragement. Ever eager for fun and adventure, he visited family in California and shrines and monasteries in New Mexico and the north western US, as well as making several trips with family and students, touring Spain, France, Morocco, England, Scotland, Wales, and Ireland, where he researched his family roots in Mayo and created enduring bonds with his wife’s family in Monaghan. He had a deep devotion to Our Lady of Lourdes, praying to her for healing and strength, and frequently spoke of how the experience of praying at the grotto of Lourdes had helped him.

After retiring from teaching he continued to support humanitarian and social justice causes and enjoyed his friendships, family, and faith. During the pandemic shutdown he prayed daily for those afflicted and found spiritual sustenance in reading the lives of the saints, in actively participating in supportive zoom sessions, and in participating in the mass remotely, especially via the livestream from godzdogz.com., the online ministry of the Dominican Fathers at Black friars in Oxford, England. He met his diagnosis of cancer and heart failure with courage, never complaining, always persevering through pain and intense treatments. Appreciative of the wonderful doctors and skilled nurses attending him, he was especially grateful to those at Banner Hospital in Mesa and Chandler Regional. His final days were blessed by the loving care of his family and friends, the expertise of Banner Hospice, and the prayers of his parish and the Xavier faith communities.

Rob was predeceased by his parents, his brothers Tommy and Frank, and is survived by his wife Kathleen, his sons Robert, Christopher, and Owen, his granddaughters Madonna and Noel, his sister Maryanne Moore, his brother John, and many nieces, nephews, in laws, and extended family members in Pennsylvania, Delaware, Illinois, California, and New York. His memory will be a blessing to so many friends and former students. He was a man for all seasons.

Interment will be in Queen of Heaven Catholic Cemetery, Mesa, Az.

Memorial contributions may be made in his memory to: St. Matthew’s RC Church, 219 Fayette Street, Conshohocken, Pa 19428.