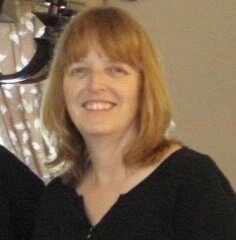 Mrs. Janda was born in Lawrence, Massachusetts on October 12, 1959, the daughter of the late Ruth (Giblin) and Robert Pomerleau.

She served honorably in the United States Army from 1978 to 1979.  Donna was a nuclear physicist with the US Nuclear Regulatory Commission.  She was deeply involved in the cleanup after 9/11.  Donna rescued many dogs over the years and gave them a loving home. Donna also had a passion for travel. She explored many parts of the world by land and sea.

Memorial contributions may be made in her name to the Pancreatic Cancer Action Network, 1500 Rosecrans Avenue, Manhattan Beach, CA 90266 or to the Montgomery County SPCA,19 E Ridge Pike, Conshohocken, PA 19428.

Share Your Memory of
Donna
Upload Your Memory View All Memories
Be the first to upload a memory!
Share A Memory