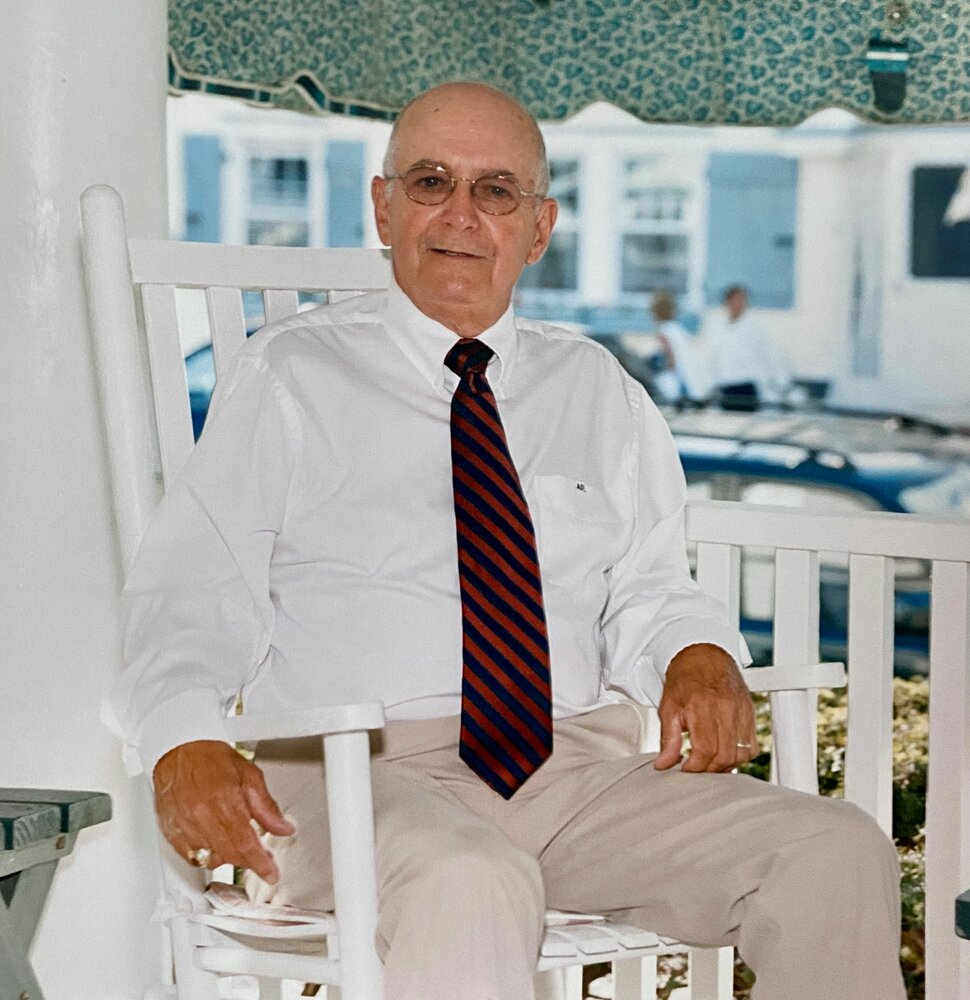 He was born January 14, 1933 in Pottstown, PA son of the late Albert F. Erb and Mildred Knecht Erb.  He was a graduate of Pottstown High School Class of 1950 and Kutztown University Class of 1954, BS in Education.  He received a Master’s Degree in Education and School Administration from Temple University in 1960.

Following his retirement as a school principal he worked for his sons David Erb and Jeff Erb at David Erb Contractors and Erb Mascio Builders.

His Community Memberships included William Jeans Library, Plymouth Meeting Historical Society, The Triangle Club of Norristown, Whitemarsh County Art Center and he was honored by the Whitemarsh Junior Women’s Club as an Outstanding Principal in the Colonial School District in 1989.

He was a member of St. Peter’s Lutheran Church in Lafayette Hill, PA.  He served 3 terms on church council in the 1980’s and participated each January for many years in the Boar’s Head Yule Log Festival as the head usher.

He loved sports both as a participant & spectator.  He was a Phillies, 76ers, & Eagles Fan holding NFL season tickets since 1961.

He and his wife Sylvia loved spending time both in Plymouth Meeting and Ocean City, NJ walking the beach, dancing, playing Gin and spending time with family, friends & the cats.  He was a devoted husband, loving father, gracious host and enjoyed a Manhattan at cocktail hour.  When you pour a drink or have cocktails with friends please remember to toast “Al Erb” and continue the celebration of his life.

In Lieu of flowers memorial donations can be made to the:  Colonial School District Education Foundation.

Checks can be made out to Colonial School District Education Foundation 230 Flourtown Road, Plymouth Meeting, PA 19462.

Share Your Memory of
Albert
Upload Your Memory View All Memories
Be the first to upload a memory!
Share A Memory